He was young and idealistic but RANDOLPH

thought there would be no discrimination just

because he was a Black tail and not a Rein deer.

Unfortunately he had not counted on local

animosity of the more famous deer who worked there

and was found crossing the north pole border unlawfully.

and no further investigation was launched though many years later

rumors surfaced that he was spotted in Santa’s barbershop relaxing.

This could not be confirmed though because of the

security worries about lists compiled on humans stored there.

The tapes of all comments were lost some how by accidental erasure. 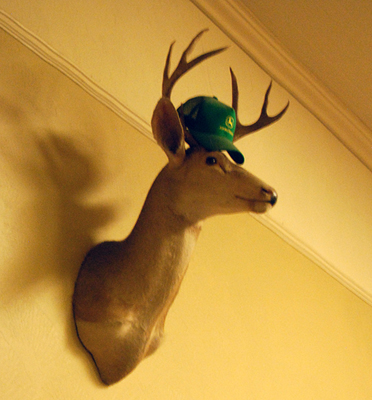